The Women’s Media Center is out with its third annual report on the Status of Women in U.S. Media. If you are not familiar with the report it compiles the most recent studies, data and research on women in media. I don’t think it comes as a surprise to any of us working in this field that there is disparity in how women are employed and represented by the industry.

Here are some key highlights related to news media:

The report was the topic of a panel discussion at Arizona State University’s Walter Cronkite School of Journalism and Mass Communication. The event was organized by the Take the Lead initiative which promotes women in leadership positions.

MSNBC’s Karen Finney moderated the panel which looked at the challenges and opportunities for making women more visible and powerful in media.

Panelist Julie Burton, president of the Women’s Media Center said change starts at the top, “Those people who have the power to decide which stories will be told, who will be hired; they are the ones who should look at their own family table and say, ‘Is everybody represented? Are we all in?’. We don’t want just half the story. We want the whole story.”

If you would like to hear more, Take the Lead has posted the entire panel discussion:

So where do women rank in leadership roles in the news industry? The Women’s Media Center report includes findings from a Colorado Women’s College study that shows women hold more than 23 percent of leadership positions in journalism and related media. That’s an increase of more than 3 percent since 2008. Here’s how the numbers breakdown within the different fields of journalism for the year 2012:

What I found particularly interesting about this study is that its researchers and academic leaders contend that women in these power positions impact more than just the news industry. 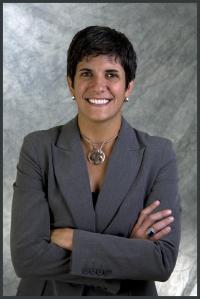 “Without female representation in journalism and media, I don’t think we will see adequate representation in any other sector,” said Tiffani Lennon, chair of Colorado Women’s College’s law and society department. “I can’t say it’s a direct causation—and those variables would be all but impossible to isolate. But there’s a … correlation between the visibility of women in media and the visibility of women in other sectors.”

The Women’s Media Center acknowledges that strides have been made in this industry. I’ve seen them myself over the course of my career, but as the report shows progress has been uneven and there is still a long way to go to reach gender parity.