Last month I wrote about a special broadcast ABC News’ Good Morning America devoted to breast cancer awareness. My critique of the program was that it felt like a pep rally with the ultimate goal of putting a positive spin on this deadly disease.

I wrote at the time:

GMA delivered on that today. Unfortunately it came after an unexpected diagnosis for one of the show’s correspondents. News anchor Amy Robach, who had her first mammogram live on-air during last month’s broadcast announced today that she has breast cancer and will undergo a bilateral mastectomy. 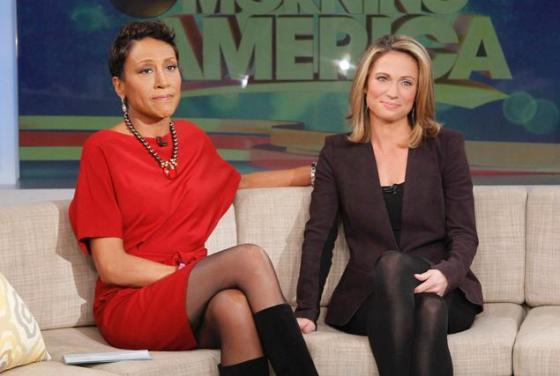 What I appreciated this morning was Robach’s honesty about all the unknowns she faces at the moment.  She doesn’t yet know the stage of her diagnosis, she doesn’t know all the treatments she will need and she doesn’t know if the disease has spread.

She was joined by GMA host Robin Roberts who is a breast cancer survivor and ABC News Medical Contributor Dr. Jennifer Ashton. Roberts and Ashton were supportive but at the same time conveyed important information. They talked not only about the medical aspect of the disease but also the emotional aspect. This was an honest look into what it’s like for many women who are newly diagnosed.

This is how breast cancer reporting should be done.

Robach’s appearance this morning could not have been easy for her. It’s tough enough for any woman to have to deal with this diagnosis let alone have to go public with the information. I wish her well.